Birchall enrolled as a cadet at the Royal Military College of Canada in Kingston in 1933 and in 1937 Birchall was commissioned into the Royal Canadian Air Force where he was trained as a pilot.

On April 14th, 1942 while flying on patrol south east of Ceylon he and his crew found and gave warning of a Japanese Fleet foiling a surprise attack on the allies. For his actions he was awarded the Distinguished Flying Cross.

Unfortunately, Birchall was shot down during the same action and he spent the remainder of the War as a Prisoner of War in Japan. For his conduct and courage in defense of his fellow prisoners he was named an Officer of the Order of the British Empire.

Following the War he served as a member of the Prosecution team at the War Crimes Trials in Japan. In August 1950 he was made an Officer of the American Legion of Merit. 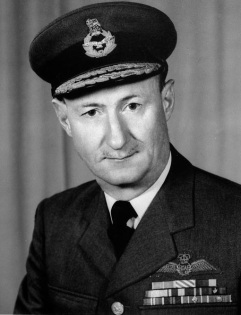 Birchall continued to serve following the War as Chief of Air Operations in the RCAF and Commandant to the Royal Military College. In 1968 he was honourably released from the Canadian Forces. In 1968 he gained employment at York University as the Executive Officer of the Faculty of Administration and served in this position until his retirement in 1982.